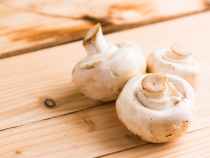 Photo by Emma Jones on Pexels.com

Tip number 32 – ‘Be a rebel in the supermarket (Part One)’ was all about ignoring the plastic bags in the fruit and veg aisle and putting things that weren’t mushrooms in the paper bags provided for mushrooms. (“What? Are you crazy?!) Yep. I didn’t conform. It felt great! I’ve been doing this for a few weeks now, and I’ve even distributed the mushrooms bags to other shoppers I saw who were just about to put their loose leeks, tomatoes, courgettes, in single-use plastic bags. Without exception, they all said ‘thank you.’

Last week I was back in the same supermarket to do my weekly shop. I found myself back in the fruit and veg aisle because I needed some carrots (you don’t need to know that. I’m just filling in the back story!). Before I had a chance to head to the fungi selection to grab some paper bags, guess what I saw?….There were mushroom bags everywhere!!! Yes. In the little receptacles where the plastic bags usually are, there were piles of paper bags that said ‘mushrooms’ on them next to the tomatoes, the parsnips, the carrots….things that aren’t mushrooms at all! Sainsbury’s clearly has a rebel in the shelf stacking department.

Now, I can’t know for sure if I had anything to do with this. Maybe the manager saw me on CCTV giving out mushroom bags to strangers; maybe they saw me presenting random fruit and veg at the checkout in the same bags; maybe someone actually read this blog who lives in my local town and they decided to do the same – who knows? It doesn’t matter at all.

The fact is, a large supermarket has now thrown conformity out the window and is encouraging shoppers to put parsnips into bags that say ‘mushrooms.’ What next? Raspberries in rucksacks?….(Sorry, I got carried away at the end there.) There are still plastic bags where they used to be, but now at least shoppers like us have the option to not use them without walking all the way to the mushrooms.

Go on. Have a go. Move those mushroom bags, take your own containers, a friend of mine even uses the old plastic bags from loaves of bread to put her veggies in so that she can use them over and over again. Try it. Be a rebel for a day. It feels great!

Where We Can Change